ABOUT THE EXECUTIVE TEAM 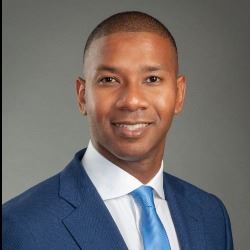 Dion Sankar is an assistant prosecuting attorney and program manager for the Jackson County Prosecutor’s Office’s Drug Court Program. Mr. Sankar also supervises the Jackson County Prosecutor’s Office’s Diversion programs. Prior to joining the Jackson County Prosecutor’s Office, Mr. Sankar worked in the litigation division of the Missouri Attorney General’s Office where he defended civil claims filed against various state and governmental entities and the Kansas City Missouri Police Department. He also worked as an associate at the McCallister Law Firm, P.C. where he represented individuals in various civil claims, including claims of police misconduct. Mr. Sankar is a native New Yorker. After working as an associate for Weisman & Calderon LLP in New York for several years, he moved to Kansas City, Missouri, in 2011. 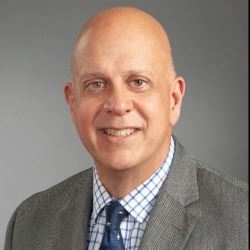 Michael Mansur spent 25 years as a reporter at The Kansas City Star, covering education, local government and the environment. On one assignment, he travelled with and chronicled author William Least Heat-Moon’s cross-continent excursion that became River-Horse. He also worked on the The Star team that in 1992 won the Pulitzer Prize for national reporting for a series of stories on the U.S. Department of Agriculture. Over the years, he’s uncovered government inefficiency, dogged cities for overspending and wasting taxpayer funds and spun fun features on such related journeys as Heat-Moon’s quest to visit every county in the continental U.S. Today, Mansur works as communications director at the Jackson County Prosecutor’s Office and works closely with a new violence reduction project called KC No Violence Alliance or KC NoVA.

Jennifer Dameron is the Director of Intergovernmental Affairs and Policies for the Jackson County Prosecutor’s Office. Jennifer received her undergraduate degree from Truman State University and her law degree from University of Missouri-Columbia. Her previous legal experience includes serving as an Assistant Missouri Attorney General and in private practice. In 2012, Mayor Sly James appointed her to be the first Chair of the Kansas City Land Bank and following the completion of her appointed term, he appointed her to the Kansas City TIF Commission. In 2016, Governor Nixon appointed her to the Truman State Board of Governors representing the first college district as defined by RSMo. 174.010. She currently serves as the Vice-Chair of the Board of Governors, the Chair for the Academic & Student Affairs committee and the Truman State University Foundation Board. Jennifer is actively involved in her community and has recently been selected to be part of the KC Chamber Centurions Leadership Program. 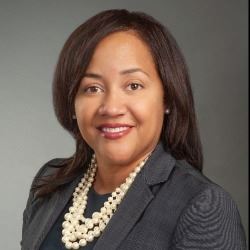 Gina Robinson is a skilled manager with experience that spans multiple areas of municipal government and progressive levels of responsibility.  Ms. Robinson is a native of Kansas City, MO, and a proud graduate of Lincoln College Preparatory Academy.  She received her undergraduate degree in political science from the University of Arkansas-Pine Bluff and her master’s degree in Public Administration from the University of Missouri-Kansas City. She also is a Certified Public Manager, awarded by the KU Public Management Center.  As Chief of Operations for the Jackson County Prosecutor’s Office, Ms. Robinson oversees budget, regulatory and personnel policies and procedures in addition to state and federal grants management.  She is a key advisor on fiscal and regulatory matters.  Ms. Robinson amassed her expertise through prior leadership roles in a diverse set of city and county management teams that include Division Manager of Kansas City’s Neighborhood and Housing Services, fiscal officer in the city’s Neighborhood Services Department and as budget manager for the city of Dallas.  Additionally, she is active in her community and a member of Alpha Kappa Alpha Sorority, Inc. 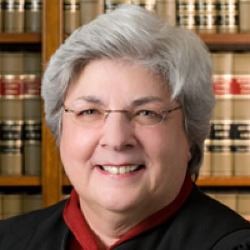 Judge Messina is a native of Kansas City, Missouri.  In 1966 she graduated with a B.A. in English Literature from Avila University with which she has maintained a life long association.  Immediately after graduation,  Judge Messina entered the Peace Corps, and after training at the UCLA she was assigned as a teacher in the northern region of Nigeria.  She served in Nigeria until the end of 1968.  Upon returning home, she taught GED classes.  Eventually the judge entered UMKC School of Law and graduated in 1974.  After practicing law for several years, Judge Messina was appointed to the bench in Jackson County by Governor Kit Bond in 1984.  She was the first woman appointed to that position in Jackson County.  During her tenure on the bench, Judge Messina was responsible for civil, criminal and domestic dockets.  In 1993 the judge was assigned as the administrative judge of  the Family Court in Jackson County.  In 1998 Judge Messina was elected as the Presiding Judge of the circuit court.  In addition to her judicial position, she has been an adjunct instructor for several years in the MBA program at Avila University.  In 2007 Judge Messina received her M.S. degree in Counseling Psychology from Avila.  With her 70th birthday looming Judge Messina retired from the bench on December 31, 2014.  She presently works part-time in the Office of the Prosecuting Attorney of Jackson County, Mo., as a special counselor to Jackson County Prosecutor Jean Baker.  Judge Messina was honored by the KCMBA in 2008 as a Dean of the Trial Bar.  In 2014 she was presented with the Public Official Service Award sponsored by the Lawyers Weekly, and with Judge of the Year award by the Association of the Women Lawyers’ Association.
Jackson County Prosecutor, MO - Official Website