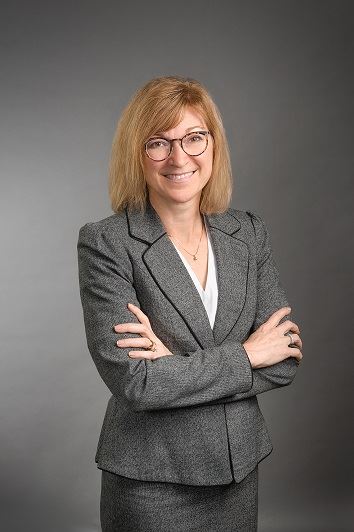 Jean Peters Baker has cemented a reputation during her tenure as Jackson County’s elected prosecutor as a  fearless and compassionate advocate for the victims of crime, especially the young and most vulnerable, and a champion of working with police and community leaders to confront the complex problem of violence.

Baker was appointed prosecutor in May 2011 and elected to the position in November 2012. She is only the second woman elected to lead the Jackson County Prosecutor’s Office; the first, now-U.S. Sen. Claire McCaskill, hired Baker as a young assistant prosecutor. Baker has since served in nearly every unit of the office,

Baker is widely credited with being unafraid of tackling difficult cases. In 2011, soon after being appointed to lead the office, Baker prosecuted the bishop of the Diocese of Kansas City-St. Joseph for failing to report potential abuse of children by a priest. The case attracted national attention after a Jackson County grand jury’s indictment made the bishop the highest ranking cleric in the United States to face a criminal charge related to church’s child sex abuse scandal. In another case that attracted national attention, Baker was named special prosecutor in October 2013 to investigate the filing of charges in a high-profile sexual assault involving high school football players in northwest Missouri..

Over her career in the prosecutor’s office, Baker has served in Sex Crimes and Child Abuse, Community Justice, Domestic Violence, Drug Enforcement, Family Support, Major Crimes and as Chief Warrant Officer. Baker won the respect and admiration of neighborhood leaders, small business owners and law enforcement when she served as the coordinator of the Drug Abatement Response Team (DART). Baker spearheaded a multi-agency effort to close drug houses and businesses that erode our neighborhoods as well as motels that were known to be hotbeds of illegal drug activity. For her efforts in fighting the drug trade in Kansas City, Jean was honored with the Excellence Award for Advancing COMBAT Objectives given by the County Prosecutor, police agencies and community advocates. During her time in the prosecutor’s office, Jean also received honors as Rookie Attorney of the year and Victim Advocate of the Year.
Baker’s focus as prosecutor has been to make Jackson County a safer and better place to live, work and raise a family. Baker has set as an office goal to more closely connect the prosecutor’s office to the community and more smartly address and reduce crime, especially violent crime.

One of Baker’s first steps was to form neighborhood prosecution teams that focused on Kansas City and eastern Jackson County neighborhoods beset by crime. In 2012, Baker initiated a new violence reduction effort that now is known as the Kansas City No Violence Alliance. The effort is led by a governing board that includes Baker, Mayor Sly James, Kansas City Police Chief Darryl Forte’ and U.S. Attorney Tammy Dickinson. Using an evidence-based or proven approach known as focused deterrence, KC NoVA in 2014 was able to help the community reduce homicides in Kansas City to the lowest level in four decades.

Jean briefly left the prosecutor’s office in 2010, when she was elected as a Missouri State Representative and served as the leader of the Freshman Democrats during her tenure in the General Assembly. She spearheaded the Kansas City Caucus and served as a co-chair of this group to promote economic development issues for the Kansas City area. Her service in the Missouri General Assembly provided her with a perspective of advocating for additional resources for the office and carrying out legislative priorities. In 2011, Jean stepped down as state representative, when Jackson County Executive Michael Sanders appointed her to succeed Jim Kanatzar as the county’s top law enforcement official -- Jackson County Prosecutor.